Shirshobindu news desk: at least 14 people have been killed in a suicide bombing on a trolleybus in the Russian city of Volgograd, investigators say.

The blast comes a day after 17 people died in another suicide attack at the central station in the city. Security has been tightened at railway stations and airports across Russia.

Moscow is concerned that militants could be ramping up violence in the run-up to the 2014 winter Olympic Games in the city of Sochi in February.

The Olympics venue is close to Russia’s volatile north Caucasus region, and the BBC’s Moscow correspondent Daniel Sandford says it was always risky staging the Games so near to the troubled republics of Chechnya and Dagestan.

These bombs have been a brutal reminder of that, he says.

In a statement, Russia’s foreign ministry did not blame any particular group but called for international solidarity in the fight against “an insidious enemy that only be defeated together”.

Regional Governor Sergei Bozhenov said the bombings were a “serious test” for all Volgograd residents and all Russians.

The president of the International Olympic Committee has expressed full confidence that Russian authorities will deliver “safe and secure” Games in Sochi.

The latest explosion took place near a busy market in Volgograd’s Dzerzhinsky district.

Maksim Akhmetov, a Russian TV reporter who was at the scene of the blast, said the trolleybus was packed with people going to work in the morning rush hour.

He described the scene as “terrible”, adding that the bus was “ravaged” and that there were “bodies everywhere, blood on the snow”. 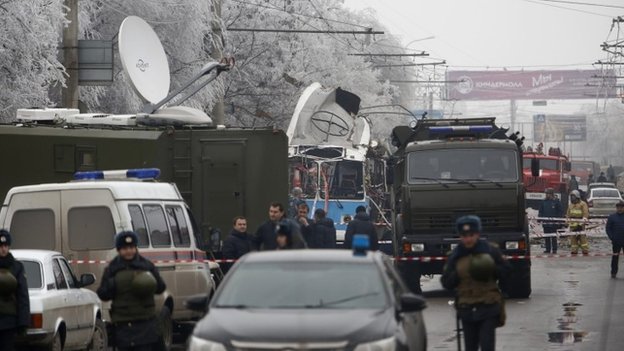 Witnesses described a scene of carnage following the blast 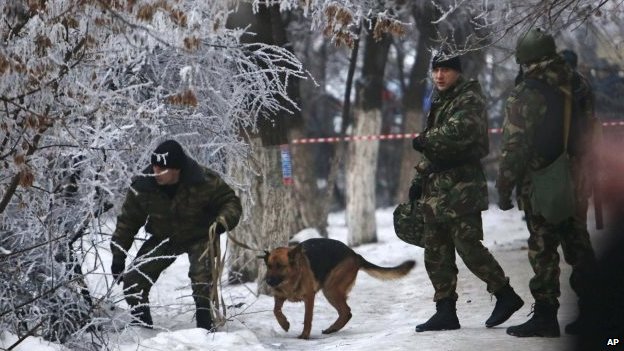 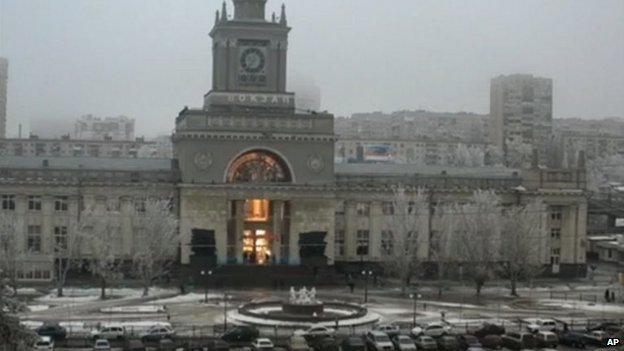 The explosion was the second in the city in 24 hours. A blast hit a train station on Sunday. 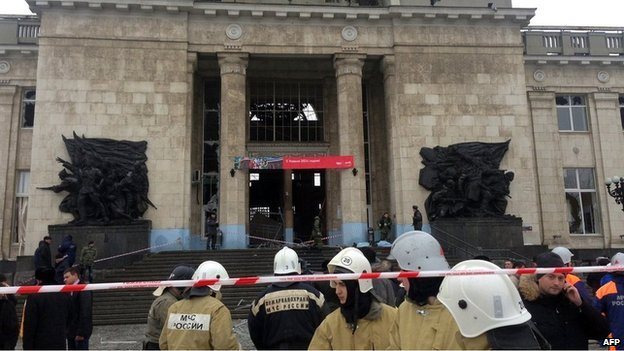 Sunday’s explosion blew out many windows, and sent debris down the station steps

The figures given for the number of dead and injured are still fluctuating, but investigators and the Russian health ministry told a news conference that 14 people had been killed.

At least 20 others were injured, and Health Minister Veronika Skvortsova said the patients were in “a bad condition with burns, with multiple injuries typical of blast-induced wounds”.

She said the injured include a pregnant woman, two 16 year olds and a baby aged about six months whose parents are assumed dead.

The regional governor has announced five days of mourning for all the victims.

The force of the explosion removed much of the bus’s exterior and broke windows in nearby buildings.

“It is now possible to preliminarily say that the explosive device was set off by a suicide bomber – a man whose body fragments have been collected and sent for genetic testing,” the Investigative Committee said in a statement.

In response to this second blast in less than 24 hours, Russian President Vladimir Putin has ordered security measures to be tightened across Russia and in particular in Volgograd.

“This is the first time in my life that I have experienced anything like this. I have been crying since I heard about the first bombing, and now the second one today,” she told the BBC.

“There are very few people on the streets. I am staying at home myself as I’m worried there will be more attacks.” 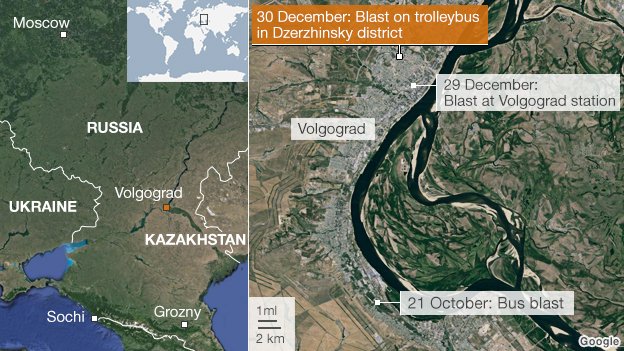 The first blast rocked Volgograd-1 station at around 12:45 (08:45 GMT) on Sunday, at a time of year when millions of Russians are travelling to celebrate the New Year. 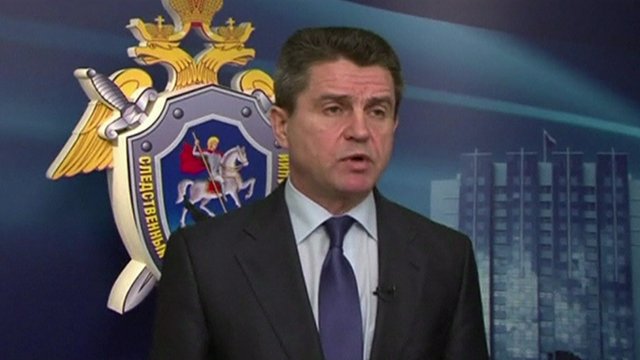 No group has yet said it was behind the blast.

Volgograd was also targeted in October, when a suspected female suicide bomber killed six people in an attack on a bus.

An Islamist insurgency in the North Caucasus region has led to many attacks there in recent years.

Volgograd lies about 900km (560 miles) south of Moscow, 650km north of the North Caucasus and 700km north-east of Sochi.