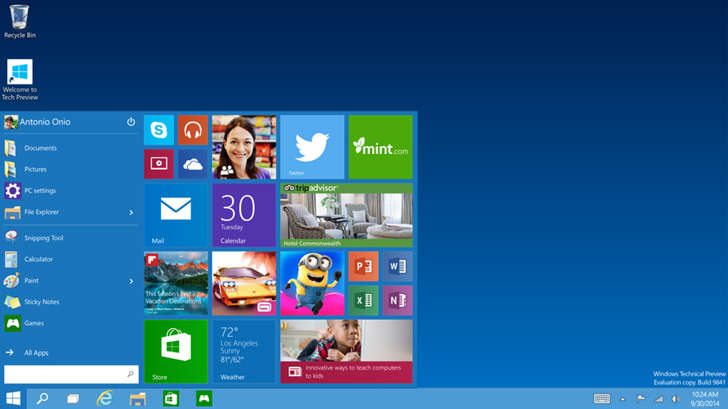 © Microsoft The next version of Microsoft’s flagship operating system will be called Windows 10, as the company skips version 9 to emphasize advances it is making toward a world centered on mobile devices and Internet services.

The current version, Windows 8, has been widely derided for forcing radical behavioral changes. Microsoft is restoring some of the more traditional ways of doing things and promises that Windows 10 will be familiar for users regardless of which version of Windows they are now using.

Joe Belfiore, a Microsoft executive who oversees Windows design and evolution, said Windows 10 will offer “the familiarity of Windows 7 with some of the benefits that exist in Windows 8” to help business users make the transition.

Microsoft offered a glimpse of its vision for Windows at a San Francisco event Tuesday aimed at business customers. Microsoft is making a technical preview version available to selected users starting Wednesday. It plans to unveil details about consumer features early next year, with a formal release in mid-2015. 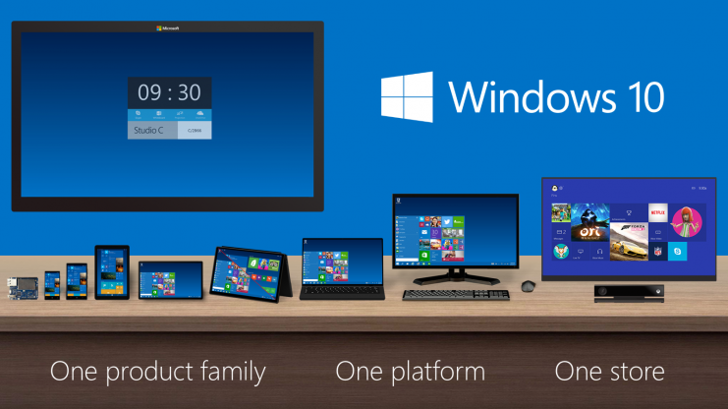 © Microsoft Analysts consider the success of the new Windows crucial for Microsoft and new CEO Satya Nadella, who must show that Microsoft can embrace mobile devices without sacrificing the traditional computing experience.The new software represents an attempt to step back from the radical redesign that alienated many PC users when Windows 8 was introduced two years ago. But it’s not a complete retreat from Microsoft’s goal of bridging the gap between PCs and mobile devices: It still has touch-screen functions and strives to create a familiar experience for Windows users who switch between desktop computers, tablets and smartphones.

Microsoft executive Terry Myerson said Windows 10 will be “a whole new generation” and, as expected, will work across a variety of devices — from phones to gaming consoles.

Microsoft currently has three main systems — Windows 8 for traditional computers and tablets, Windows Phone 8 for cellphones and Xbox for its gaming console. By unifying the underlying systems, software developers will be able to create apps for the various devices more easily. Consumers will also be able to switch devices more easily and avoid having to buy the same apps multiple times.

That doesn’t mean the apps will look the same on the various devices. Developers will still be able to adapt apps for the various screen sizes, but won’t have to start from the beginning for each version.

User interfaces on the various devices may also differ, even as they share underlying technologies. For now, Microsoft plans to keep the current Xbox interface on the game console.